Everything You Need To Know About Werewolf Cat Breed

Lykoi, which is also called the werewolf cat is a mutation that has occurred from the domestic shorthaired cats. It has an appearance of a Hollywood werewolf and that is where its name sprung up from. This is a new breed that has taken the internet and homes with the storm. It has made even other people to get worried which kind of cat it is. These cats are unique in every aspect. For instance, the lack of hair just makes them look like werewolves. When you get a cat, take your time because you might be stepping on this kind and type of a cat. Let me inform and educate you on this unique feline.

The origin of the Lykoi breed

Werewolf Cat Breed had a peculiar coat and was first identified more than twenty years ago in the feral cats. But people never took them for serious and never bred them until the turn of events in the year 2010. The first wolf cat to be registered by the international Cats associations in 2011 was known as Gobsgobblins Daciana Dream. They were Bred in the Us by Veterinarians led by John Gobble. They had a litter of domestic cats that they saw showed this kind of mutation. They became concerned and interested and in their research, came across some more kittens that were unrelated and bred them. this was to keep the risk of inbreeding at bay.

They carried out health and genetic tests which proved that the coats of these kittens were the result of the genetic mutation that was natural. These animals were domestic shorthair cats and were totally healthy. They decided to outcross them (the first werewolf cats with black shorthairs) to expand the gene pool, a process that was successful. In the year 2016, they were awarded championship status by the TCIA.

Lykoi cats have turned out to be rare in the modern world and in fact, if you want that species, you have to be prepared to get them at a higher cost. For instance, a vaccinated Lykoi cat can go for up to $2000, which is a price that you need to pay in stages. Remember that you will not be alone, you have to be slotted into a waitlist that you will need to wait for months. Some common knowledge that you need to know is that kittens are not given up for adoption, you have to wait until they are at least 12 weeks old.

This is the first thing that you will notice in Werewolf Cat Breed. You might think that they are Sphynx or Devon cats. But the fact is that they are never related at all. This is as a result of the gene mutation that causes some hair follicles not be able to create hair or even not be able to maintain it. For wolf cats, you will get to see that they have sparse patches on the chin, muzzle, nose, eyes, behind their ears and feet. These kinds of cats shed their hair so a point that they can become bald at some occasion.

When you find black werewolf cats, you will notice that they are unique. This is because they have a fur that has a solid white and solid black hairs that are mixed all over. This kind of pattern is called ‘Roan’ which is common in horses and dogs.

These are a kind of cats that are extremely affectionate. But, you have to take caution because they seem to be wary of strangers when they meet at first. But with time, they will become friendly. That is why some people compare Lykoi cat personality to that dogs because of their loyalty. They also have a strong sense of smell and prey drive. That is why they are like cats that can show affection once in a while- remember that makes them not to be like real cats! Or what is your thought?

The animal is also one that is intelligent in its own kind. This is why it is able to overcome the many challenges that it has to face from time to time with ease. It is a cat that loves the company of humans but it will never feel lonely even when left alone because it can play with toys and other objects that are in the room. The feline can also get along with others from its breed. Like many animals, the cat is protective, in fact, what it plays with becomes its own. That is why it becomes reluctant to share them with new pet visitors. But it can mingle with them when it realizes that they are not threatening to its survival.

Those that have come across the Lykoi cats have reported that they are ugly but many have gone to give a contrary opinion about them. that they are beautiful. They have a unique gene that gives them their roan pattern and balding of their coat hair. When you compare this werewolf cats to others, you will realize that they similar characteristics. But to be one Lykoi cat, you must have both the partial hair look and the roan color pattern.

When the Lykoi breed kittens are born, they just look as normal with others, that is, there is no balding or coloration of the roan pattern. In about two weeks, things start to be different as the kittens now start to lose their hair coat. This process or stage is unique because it can make the feline to lose most of the coat or the entire coat. The coat will then start to grow afresh after a few weeks. The feline will have its full Lykoi appearance in around 3-4 months.

At first, the coat will look like being stiff or even like bristles. The actually feeling of this kind of coat is soft or like a silk. It even changes better when you pet the cat because it softens more. But it is also not a stable coat like many others. At some point, the cat will shed the entire coat and give room for a new one to regrow. The new one might be less coated or change to be more coated. The roan coloring is also not as much permanent. It can change to give them a new look of either being more black or more white.

The uniqueness of the Lykoi cat

These hybrid cats have some features that are withstanding. Some certain lines that they have on the coat look more stable. Some cats may look more naked while others have thicker coats. It is also good to note that the nose and ears don’t have any hair at all, the coat is roaned and the feet haired sparsely. Another fact here is that these characteristic of these cats never adjust or even change at all.

Caring for this felines

As you have seen, Werewolf Cat Breed is a special kind of cats. The felines can be generally healthy but that does not mean that they will not be affected by some common diseases that hairless animals suffer. They might suffer from skin problems like sunburns and difficulty in keeping warm when they are shading the coat. Always consult a vet that is experienced so that the cat can be given proper medical attention. Something that is vital to remember is to always immunized it against deadly cat diseases like respiratory infections, panleukopenia, parvovirus and others.

How To Calm Your Fearful Or Aggressive Cat

Most common behavior problems in cats

How Much Does an American Shorthair Cat Cost? 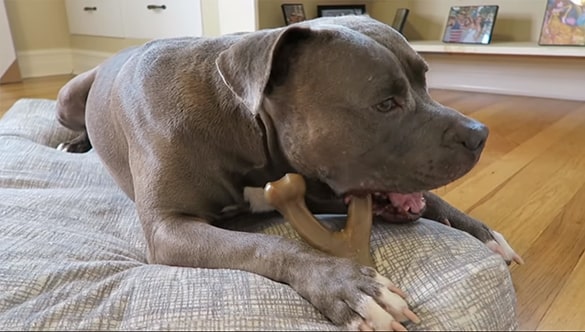 If You See These Signs on Your Pet, Contact Your Vet Immediately

4 Tiny Exotic Pets That are Easy to Own