When to euthanize a dog with cushing’s disease 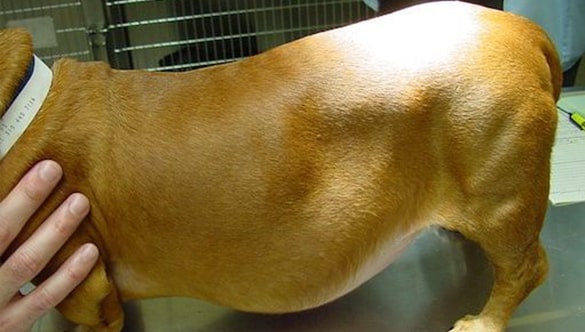 Cushing’s disease is a disorder in which the body produces cortisol hormone in proportions too excessive for the body to handle. Cortisol hormone is a steroid hormone of formula C21H30O5. Cortisol could be thought of as the body’s natural way to deal with stressful situations( flight or fight) more or less like adrenaline hormone.

Cortisol is produced by the adrenal glands located right on top of both kidneys through the pituitary gland in the brain, which detects a drop or rises in cortisol levels for regulation purposes.

When the levels drop the pituitary gland recognizes this and it instructs the adrenal glands to produce more cortisol hormone while if it is high it sends a message to the adrenal glands to reduce the amount being produced. Cortisol has a great number of duties to perform in the body of a dog and human alike like;

Though when in excess it is harmful to the body.

What causes cushing’s disease in dogs

Cushing’s disease in dogs is caused mainly by three core reasons. They can be thought of as, where it is being regulated from, where it is produced and external addition of cortisol.

When a small growth or mild tumor starts growing on the pituitary gland it disrupts its normal functioning thus hinders the regulation of hormones which may lead to an increase or decrease in the amount of hormone being produced.

When this happens the pituitary gland overproduces an adrenocorticotropic hormone which in turn leads to the overproduction of cortisol hormone at the adrenal glands.

This is treatable and there is the existence of current prescription drugs that help in minimizing and or eliminating the tumor. If the tumor is too large or is unresponsive to medication there is always the option of removing the tumor surgically, though it can be quite costly.

The adrenal gland is a small triangular-like projection which sits on top of each kidney located at the lumbar region of the body. It produces hormones that help in maintaining normal bodily functions. It produces hormones like cortisol through instructions from the pituitary gland and the brain.

When a small tumor starts to grow it inhibits the proper functioning of these glands. They may end up producing either too much of a hormone or too little of it, in this case, too much cortisol is produced which ultimately leads to Cushing’s disease in the dog.

Sickly dogs or dogs under medication may suffer most from this cause. Dogs that naturally produce low amounts of cortisol may be prescribed to corticosteroids whose main aim is to supplement the low amount of cortisol in the body. It is more or less synthetic cortisol administered to the body.

If it is in excess it will inevitably lead to Cushing’s disease. Also, people who tend to use tablets to increase the mass of a dog all cure the dog of an illness my little complication if the contacts of the drug are not known.

The behavior of a dog with Cushing’s disease

Cushing’s disease or hyperadrenocorticism mostly affects middle-aged to older dogs, young dogs are at low risk, though there are cases where it exists. When a dog develops Cushing’s disease it undergoes various changes in the body and behavior as well.

A dog owner may notice that there is an increase in appetite due to the wrong stimulation of the pituitary gland which regulates how much and how often the dog eats. With this, there is an evident weight gain in the dog due to an increased intake of food.

There is an evident lack of energy or lethargic state of the dog. The dog owner will also notice that the dog has a hard time moving around or is generally tired and is unwilling to move as compared to previous conditions.

A dog with Cushing’s disease will be observed constantly panting for breath.

There is evidence of hair loss occurring constantly after the dog is diagnosed with Cushing’s disease. This too thins the diameter of the hair making a glossy thick coat turn to low quality and uneven coat.

There is a presence of a sagging belly most commonly due to abdominal swelling. The dog appears to have a really big and low lying belly that may be attributed to the increased food ingested or swelling in the abdominal region.

The skin condition of a dog with Cushing’s disease deteriorates rapidly as it begins to thin out with visible dark spots on it (hyperpigmentation).

The skin too becomes less resistant to infections (pyoderma) leading to numerous complications. The skin on the dog also bruises easily and the dog also gets constant bladder infections.

Some of the more pronounced behavioral change is the dog drinking too much water and consequently excess urination.

When to euthanize a dog with cushing’s disease 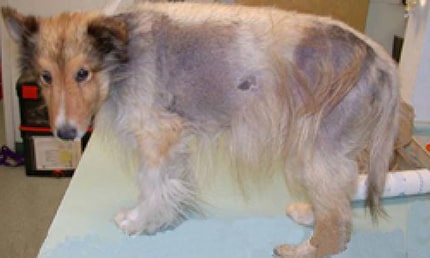 When to put down a dog with Cushing’s disease is predominantly up to the dog owner but may be prompted by other underlying issues.

When the cost of medication of the dog gets too high and becomes unbearable, due to constant veterinary check-ups and medication, one may opt to euthanize the dog to spare the owner from incurring more cost.

If the owner sees the dogs’ health is deteriorating at a fast rate and is in no way getting better, to put the dog out of its misery and constant suffering it may be the better option to put the dog down. This is also really disheartening to see, especially if you have been with a healthy dog and are now totally sick.

Dogs with Cushing’s disease also display a tendency to be quite aggressive, more than usual and for this reason, it may pose a threat to the dog owner and anyone in the immediate surrounding. When it reaches this point the only safe thing to do is put the dog down so it does not harm anyone.

Euthanizing a dog is hard on anyone especially the dog owner and should be considered only as the last option after very careful consideration. 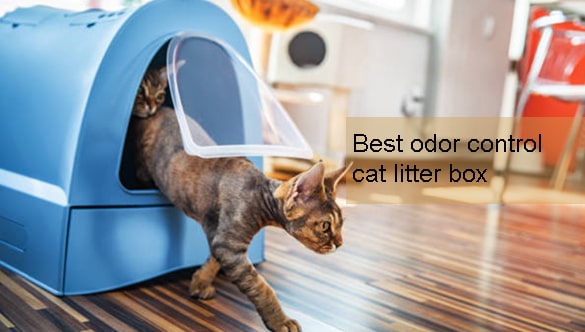