Is oregano oil safe for dogs 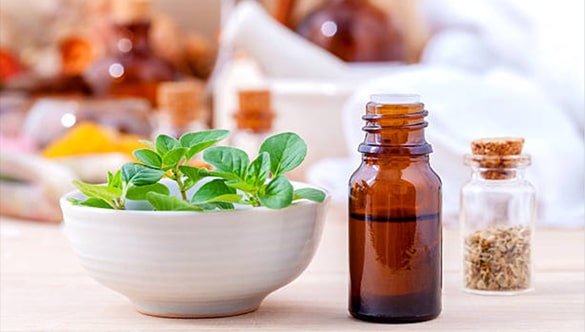 There has been a rising trend for people preferring the natural way of treating their pets. Most of the modern manufactured medicines are proving to have an excess level of toxicity, not only to human beings but to the pets as well. People are now using the essential oils more than before, making them grow in popularity, no wonder the idea of having them used for other canine companions.

These natural oils are considered as alternatives to most of their physical ailments. The organic oils are themselves a composition of natural chemical compounds from plants extracts through a distillation process. Their concentration is often high, and it may require one to mix them with other carrier substances during their usage. Some of the commonly used essential oils include extracts from coconuts and olives.

The different natural oils are known to have a couple of properties and benefits. Just as these natural oils benefit humans, they can also be highly beneficial to your dog. The Oregano oils are not exceptions. The rise to fame of the Oregano oil usage came to the media limelight due to their high usage in the chicken feeds. There are farmers who give oregano oils to their animals instead of antibiotics in their livestock feeds.

Poultry farming is one field that has used oregano oil. Famers end up rendering their poultry-free of many ailments. There is also another group of farmers who instead of using the antibiotics for their livestock and poultry use Oregano oil and has proved its effectiveness. The technique has gained popularity among the farmers over the past years and proved to offer the best antimicrobial outcomes.

There is adequate scientific proof of the beneficial health effects of using Oregano oil as well as real data backing it. Most of these benefits are mainly derived from the carvacrol and thymol components which are the main compounds in the oil.  These two compounds are strong phenols that can kill harmful bacteria and microbes efficiently. They work more or less like the antibiotics but with no side effects.

Research has it that Oregano oil contains properties which are antibacterial, antiviral, ant parasitic and antifungal. You can apply Oregano oil through diffusion, orally, or topically, and wholly safe for the pet. It is important to consider the right dosages and concentrations when opting for any of the above-named administration techniques. Also, veterinarian officers have enough information in case the pet owner requires any consultations.

Is oregano oil safe for dogs?

Oregano Oil is a safe and highly recommended for use, only if the right procedures of its application are put into place. It is always better to closely monitor the dog especially after the first use of the oil. Consulting a veterinarian is always advisable, though there have never been any adverse effects reported even when home treatment was then option taken. The vet knows the right dosages, sensitivities, and needs. It is also necessary to consider the quality of oil to purchase for it is a key determiner of the final effects on the dog.

The Ingredients of Effective Oregano oil

The phenols ingredients are known to give Oregano oil its exceptional capability to destroy harmful microorganisms and bacteria. The medicinal capacity of the Oregano oil is not confined to the treatment of fungus and bacterial infections but a protective requirement as well for parasites and viruses. Once you decide to get a prescription of natural oils for your pet, it is advisable to engage your vet for the appropriate dosage and ingredients.

Oregano oil can alienate the common adverse effects of antibiotics usage. The oil can also help in killing other minor disease-causing organisms. You also have the option of using smaller antibiotics dosages. A commonly exciting aspect of Oregano oil usage is the inability of germs resisting its effectiveness like it is with some medicinal antibiotics. The high resistance may cause major untreatable and high resistant disease organisms. Oregano oil is a common prescription to solve western medication problems.

There is a wide range of oregano oil benefits. In the human world, oregano oil is used in cooking harbors and other beneficial uses. The concentration and potent levels of essential oils are as per the technique of extraction from the plants. The question of whether the oregano oil is a good solution for your pet dog should guide you into making an intelligent decision. Some of the major benefits of oregano oil to pet dogs are listed below:

The versatility of oregano oil makes it usable topically or orally. It is important always to dilute the essential oil when treating your dog.

A precaution measure of protecting your dog’s ears may not be effective if oregano oil is not used in finishing the stubbornness of ear mites. Raising the concentration of Oregano oil helps in increasing its efficiency. It is advisable to use a ratio of 15 drops of oregano oil for every single ounce carrier oil. Then, apply this concoction at a range of 5 to 20 drops in the pet’s ears, once per day.

It is also possible sourcing for the commercially pre-mixed oils if you fear to do the mixing at home. These commercial dosages are specially formulated for the pet dog ears and require no diluting. It is not advisable to make use of the oregano oil mixture in treating or protecting the family dogs’ ears if there is a suspicion of the ear infection, and the proper diagnosis is yet. It is more advisable to have the pet dog’s eardrums checked by a veterinarian in confirming whether they are intact.

There is a high recommendation that if the Oregano oil is to be used in treating or protecting a pet dog, it has to get diluted. It is a recommendation regardless of the administration technique. When treating skins that are fungal infected, ensure that the drop of oregano oil is diluted with a teaspoon of the carrier oil, especially olive oil. When doing internal administration, add 2 to 3 drops of Oregano oil to a teaspoon of the carrier oils, with the preference of coconut oil.

The oral intake requires repeating the process not less than three times for a day to reap maximum benefits. The choice of oregano oil should be based on its therapeutic-grade. The higher the grade, the higher the oregano oil effectiveness and achievement of desired results. Homemade oregano oil is a combination of a half teaspoon of high-quality and dried oregano mixed with one ounce of high-quality olive oil.

Mixing them completely and allowing them the settle for one to two days will define the quality.

Oregano oil is a powerful ingredient in killing harmful disease-causing organisms. It is highly preferred in contrast to traditional antibiotics. Even though this is a real advantage and proof of the oregano oil effectiveness, it also indicates the high need to have it properly diluted during the treatment or prevention of the pet dogs. It is lethal if the mistake happens when the remedy is put into use for the first time.

It is more advisable to ensure that you know how the pet dog may react to the dosing and application and ensure that it doesn’t have adversarial reactions. Before administering Oregano oil to your pet, it is always advisable to have prior knowledge of the negative effects. However, proper dilution and administration are more of an assurance that the oil effects are not negative, regardless of whether it is used externally and internally.

Avoiding these negative effects is based on ensuring that the proper dilution ratios are followed as per the guidelines and recommendations are given by a vet officer. Immediate discontinuation and consulting a vet officer is recommended if the case worsens or if you notice some adverse effects.

In conclusion, it is evident that natural antibiotics are effective for dogs. They are roved to yield better outcomes than commercial and standard antibiotics. They also don’t have negative side effects as long as they are used in correct dilution levels and dosages. It is the best technique to use for protecting and treating your pup, the man’s best friend. Use of traditional antibiotics is known to cause more resistance to the disease-causing organisms, as well as costing the dog’s good bacteria and natural balance.

Oregano oil is a perfect option for dog owners to consider due to its strong and effective results. If you are not sure if natural antibiotics are the right choice for your dog, then consult with an expert. Most often, when it comes to a pet you love like your furry friend, you don’t want to take any risks. In this case, you can get in touch with your vet so that they apply their extensive experience to your situation and assist you to settle on a decision that will bring the best results.